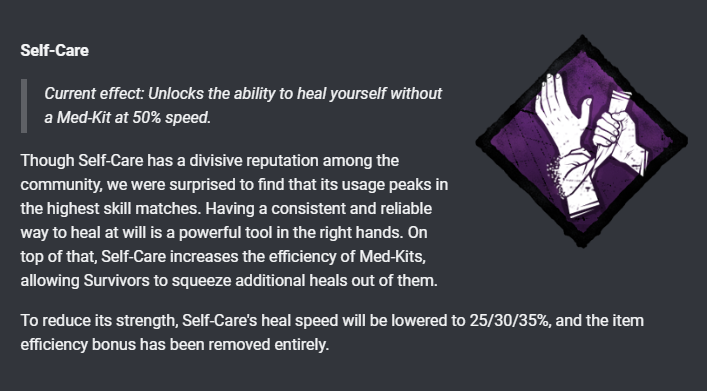 Here you can see that BHVR changes Perks only thanks to stats, 35% healing speed is awful, it's literally a 100% Killer Perk now.