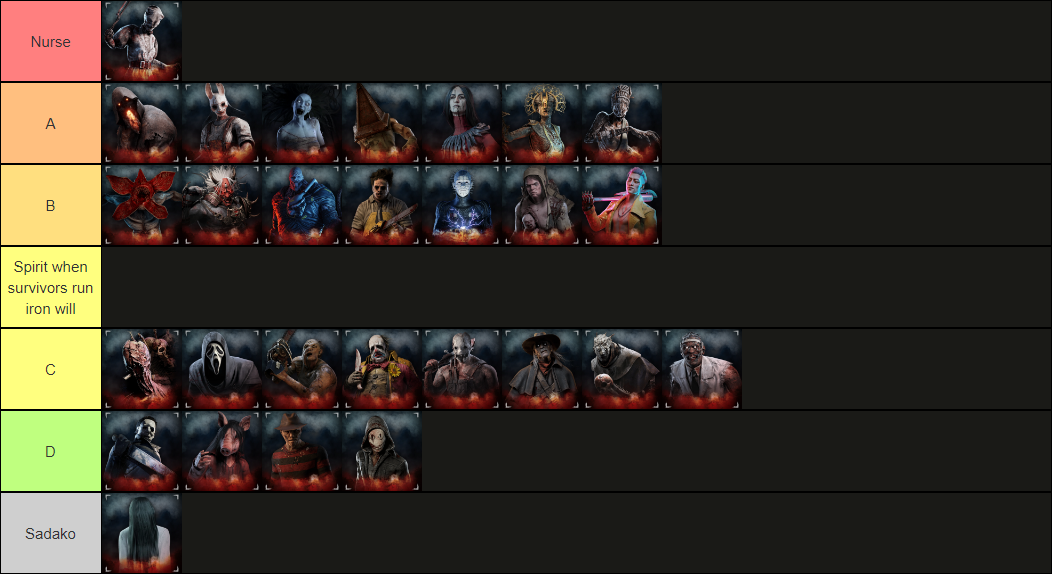 I tried ordering them as well in the actual tiers, but for the most part just focus on what tiers they are actually in.