24 hours of playing Solo Q Survivor: here are the results.

A quick preface: the killers are sorted by their name to keep track of who was used the most often.

As you can see Nurse was especially popular. Of these 20 matches which were played I only was able to escape 25% of the time. I'd like to mention that I had a 50% escape-rate as a Solo Q player before this patch. And no, I didn't rely on Dead Hard or anything like that. 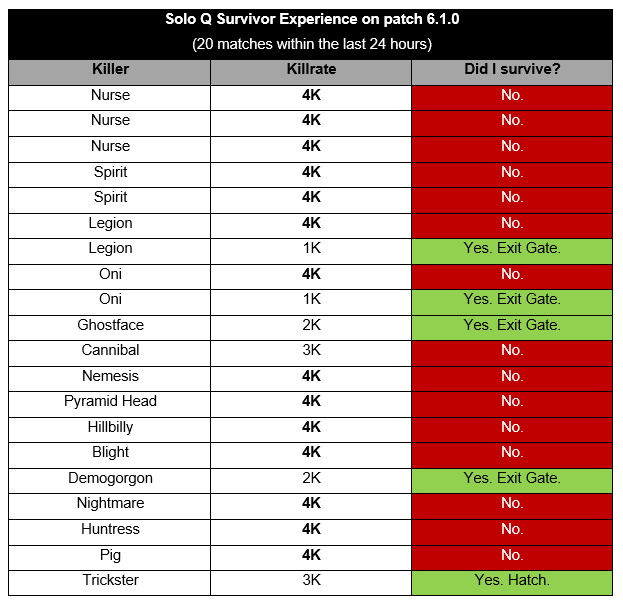 Most of the time survivors were either throwing the game (hardly getting more than one gen done) or the killer was playing dirty from the very first moment. Camping and tunneling were especially rampant, even on high tier killers like Nurse and Spirit.

The quality of matches has drastically plummeted since the new patch, matchmaking doesn't seem to adapt either. I keep dying which keeps lowering my MMR, the result are even weaker teammates who will blatantly suicide if things don't go their way. The killers however hardly seem to change in behavior either, the experience remains unchanged.

EDIT - Here are the stats for the second session of Solo Q suffering, this time the escape-rate has improved! 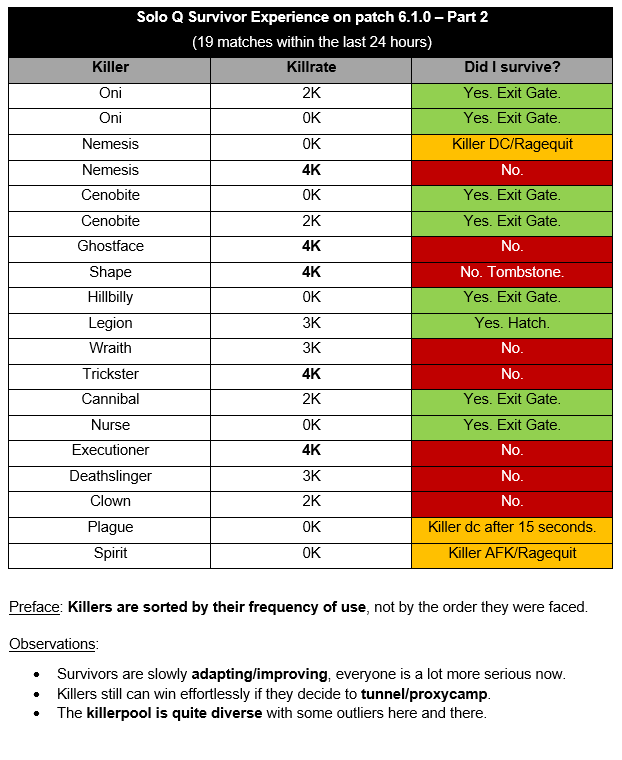