I did a lot of testing on the PTB today, and I have a few things that I'd like to submit feedback about that I think are very important.

Please, I beg of you. Before this goes live, it needs one more option. I'm extremely happy for Streamer mode, but I was worried when it was announced that it would end up missing the most important thing. A lot of survivor players just want the fairness of a game that the killer is given. I want to have people check out my channel if we had a great game / to say GG, but I don't want them to have the chance to watch it while we're playing.

Please, allow a mode like Anonymous that is active until the END GAME SCREEN. My name and those in my lobby can be hidden until the score screen, and then it shows my actual name. That way the Killer knows they can come check me out, and maybe watch the game play from my side.

The only reason I have TV in my name is because I have met many amazing people. I don't often accuse someone of "stream sniping" - However, I can tell you that I have way better games when I'm offline. Please allow me to meet these new people while not playing the match at a disadvantage. This isn't just a disadvantage to me, but my teammates as well. It is not uncommon to be playing a match, and the killer is slugging for the 4k, unable to locate the 4th survivor, and I look at what they're doing, then all of a sudden the killer makes a b-line for their location when they should still have no idea where they are. I've stopped spectating my teammates or even looking were they are, because of this.

I love the new Ping UI, but it could use some adjustments. I love that I can now see survivor ping when looking at the lobby, but why are we still not able to see the killers ping in the lobby? If we're adding these changes, please have the killers ping displayed near where the old ping indicator used to be. Another huge QoL would be to not get rid of the survivors ability to view their actual ping. If we could hover over our own / teammates ping icon, and see the number, that'd be amazing.

Another small request would be to change the location of the ping notification while in game. The place it is currently in grabs your peripheral vision, and is hard to ignore. Perhaps it could be moved somewhere like here, because is not constant information you need to look at. This would also allow it to expand if more people in the match need their ping shown / my ping shown. 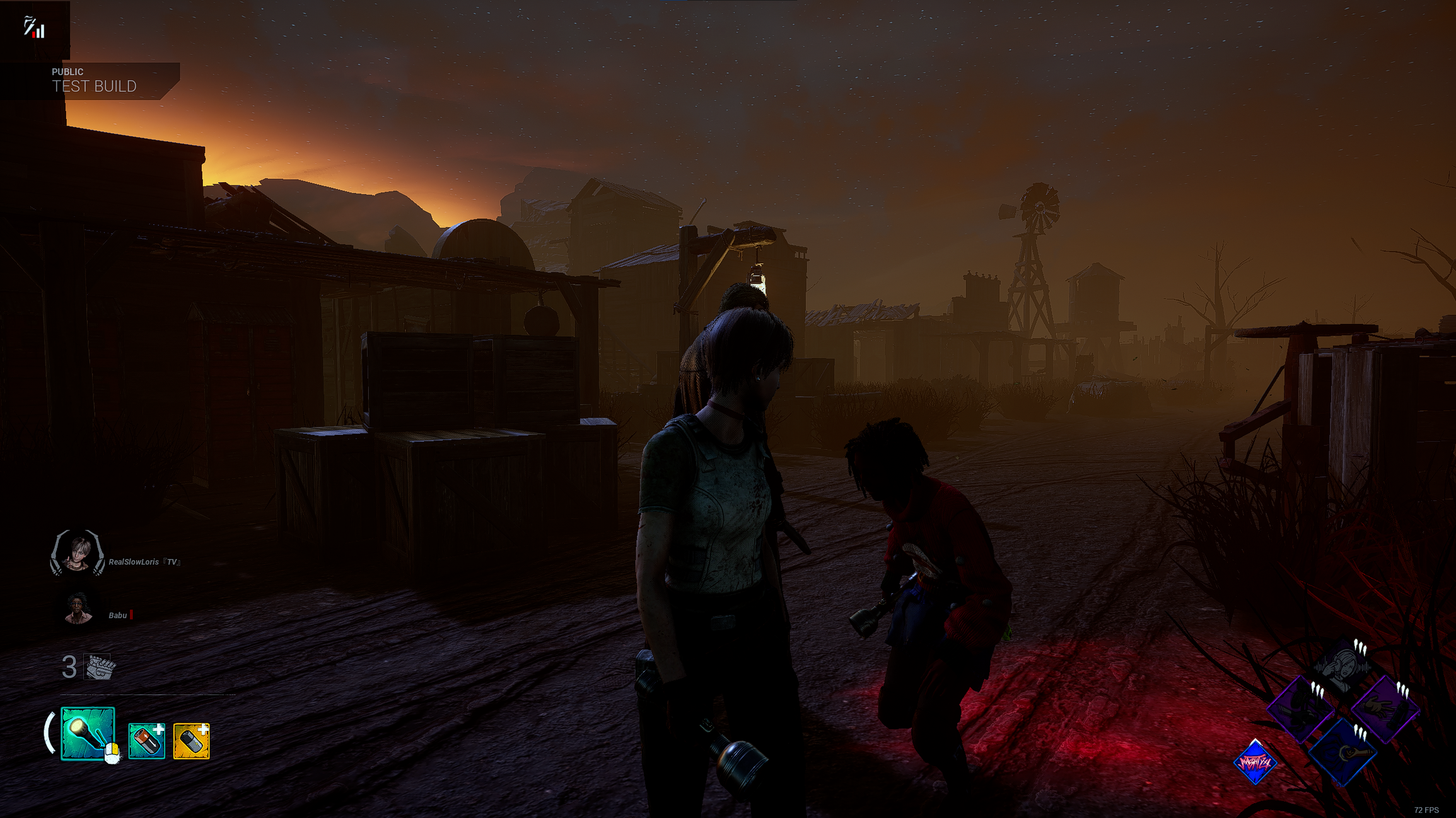 Forgive my very quick MSPaint adjustment. It would also be nice if on the Escape screen it showed this icon with the actual ping for the killer.

Lastly, Wesker and Flashlights. This is a different sort of feedback and I'm not sure if it's a bug, so I'll be submitting a Bug report.

Right now Wesker gets a free perk, basically built in Lightborn. Whenever you use his ability to down / instantly pick someone up he is unable to be flash light saved / flash bang saved. I feel as if he either should only instantly grab if the person was fully infected OR he should be adjusted to be flash light saveable even when he grabs someone in his power. We tried many different ways for almost an hour, and it was impossible to save with a Flash Bang or Flash Light.

Flash Lights are already the weakest item in the game - and only strong if used well. No killer should be given a built in perk that automatically nullifies survivor items. Even plague still allows survivors to use medkits if they heal, then take m1 damage or corrupt purge damage.

This is just my simple feedback, and I hope it is at least acknowledged. Out of everything here, please please please reconsider how Streamer mode will be implemented. While I realize that people say all the time "if you don't want to be stream sniped don't put TV in your name", that doesn't change how many amazing people I've met by doing it. It took me over a year to do it, and I regretted not doing it sooner. However, I don't regret the killers that beat me on hook while watching my stream, and take advantage of it. Nobody should be forced to have a bad playing experience, because they want to grow their community. The mode was implemented almost perfectly, just allow me to use it until end game screen, and it will make me and many others very happy.

Thank you for taking the time to read this.

Small Edit: Apparently someone has managed a Flash Bang save, but we tested this for a LONG time today. A couple of hours, and we were not able to make this happen. Since this person was successful in a public game, I can only assume the killer just didn't react in time / didn't notice it quick enough. Even if that isn't the case, he is still completely immune to a Flash Light save.