Home› Dead by Daylight Forums› Discussions› General Discussions
Attention Steam and EGS players: a quick hotfix will be going live today at 11AM ET to address file validation reliability. Thank you for your understanding! 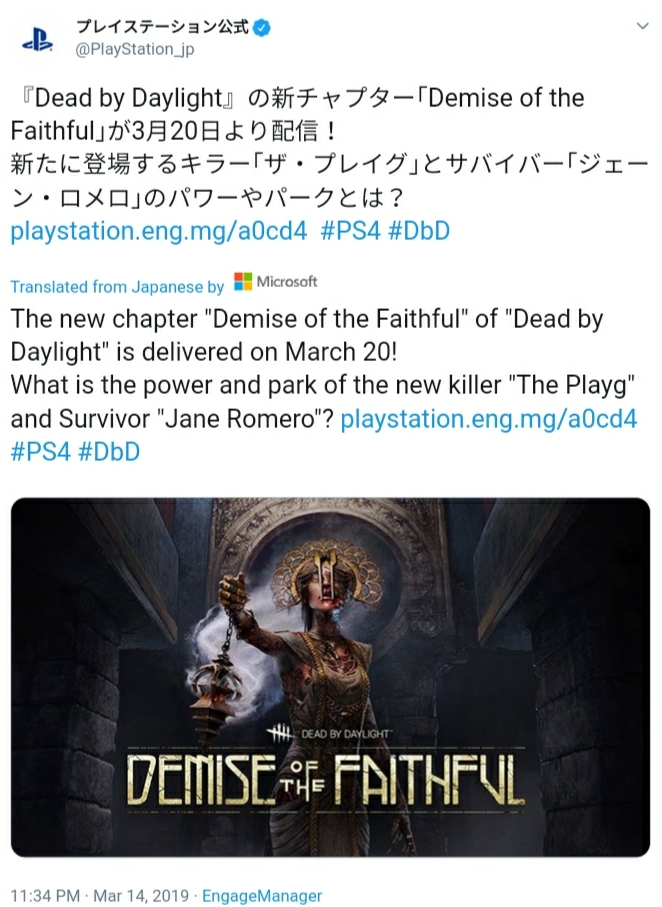 I can't wait to play as the Playg!