Why the Chaser and Malicious Emblems are broken

This issue had already been aknowledged by the devs last year, shortly after the implementation of the Emblem System but it seems like they've forgotten about this, so let me refresh your memory.

Firstly I want to make sure that all of you fully understand how those Emblems currently work. I've seen lots of posts that gave me the impression that people lack this knowledge.

Special conditions apply if the Killer is camping a hooked Survivor. In that case they will start to lose points in Chaser, which is totally fine and of no impact for the issue I want to point out. Obviously still a good thing to know for everyone that wasn't aware of it.

Now that you know how they work, the actual issue. Oneshot Killers like Billy, Leatherface and Myers suffer from these conditions. You probably already realized that but let me point out the impact of it with a simple and realistic scenario:

You get 9 hooks, 3 sacrifices in total. There was one stealthy Survivor who managed to avoid you all match and ultimately escaped via hatch. No camping, no tunneling at all. 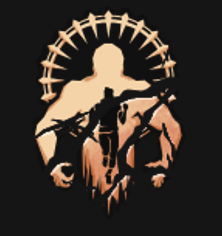 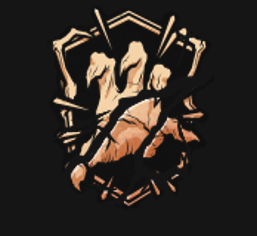 As of recent changes, from my understanding and from the informations given on the wiki, getting 2-3 Sacrifices now leads to Silver Devout Emblem, which gives us a total of 2 + 1 + 1 Emblem Points, making it effectively impossible to just Safety Pip in red ranks (9 Points required for a Safety Pip).

Now I realize that Hillbilly is a strong Killer that can still make great use of his chainsaw without actually downing Survivors but for a Killer like Leatherface, this is simply ridiculous. Leatherface is arguably the worst Killer in existence during chases (at least without add-ons) and being forced to completly drop his chainsaw in order to avoid stuff like that from happening... What purpose is there left to play Leatherface other than trolling and meme'ing Survivors?!

While analyzing the Emblems, you probably also noticed that it's technically possible for instadown Killers to lose points in Malicious. Let's see....

You effectively lose one point. Now assuming you hook the Survivor:

You'll end up with 0 hit point for the actual chase/hit. All that's left are the 2 points for the hook unless it was a death hook. If you play like that, the maximum amount of points you can get are 28, which gives you only Silver in Malicious and this after fully sacrificed every Survivor 3 times (so 12 hooks in total).

I don't want to just complain and point out issues. I was thinking about ways to fix this relatively simply and those are my suggestions (just in case you're considering this to be an actual issue):

Please also note that this issue doesn't just affect the "hit" scoring event but also the "chase" itself. An instadown includes only 1 hit and 1 chase, which effectively halfs the potential points you can get (unless you slug and farm the Survivors). I'm aware that the solutions I provided are not perfect but they seem to be relatively simple to implement and would already cover most of the issues regarding that topic.

For the community: I hope that I managed to enlighten some of you that weren't already aware of that issue, maybe even managed to get your empathy in that regard. A bronze Chaser Emblem doesn't necessarily mean that the Killer camped, especially if it's a oneshot Killer like Leatherface. I'm not trying to defend Campers here, I'm just stating facts.

For the devs: Are you aware of that issue? Or am I completly wrong here and this is totally on purpose and working as intended? As far as I remember, it was mentioned during a Q&A that this got noticed and will should get fixed soon(tm)?

TL;DR: Chaser & Malicious Emblem seem to be broken for insta-down Killers. If you wonder why, read up.

THANK YOU VERY MUCH FOR YOUR ATTENTION, YOU MAY CONTINUE WITH YOUR WORK!