So I put on a smoke splinter, right? Well whenever the match starts I'm still playing as Michael rather than Freddy. 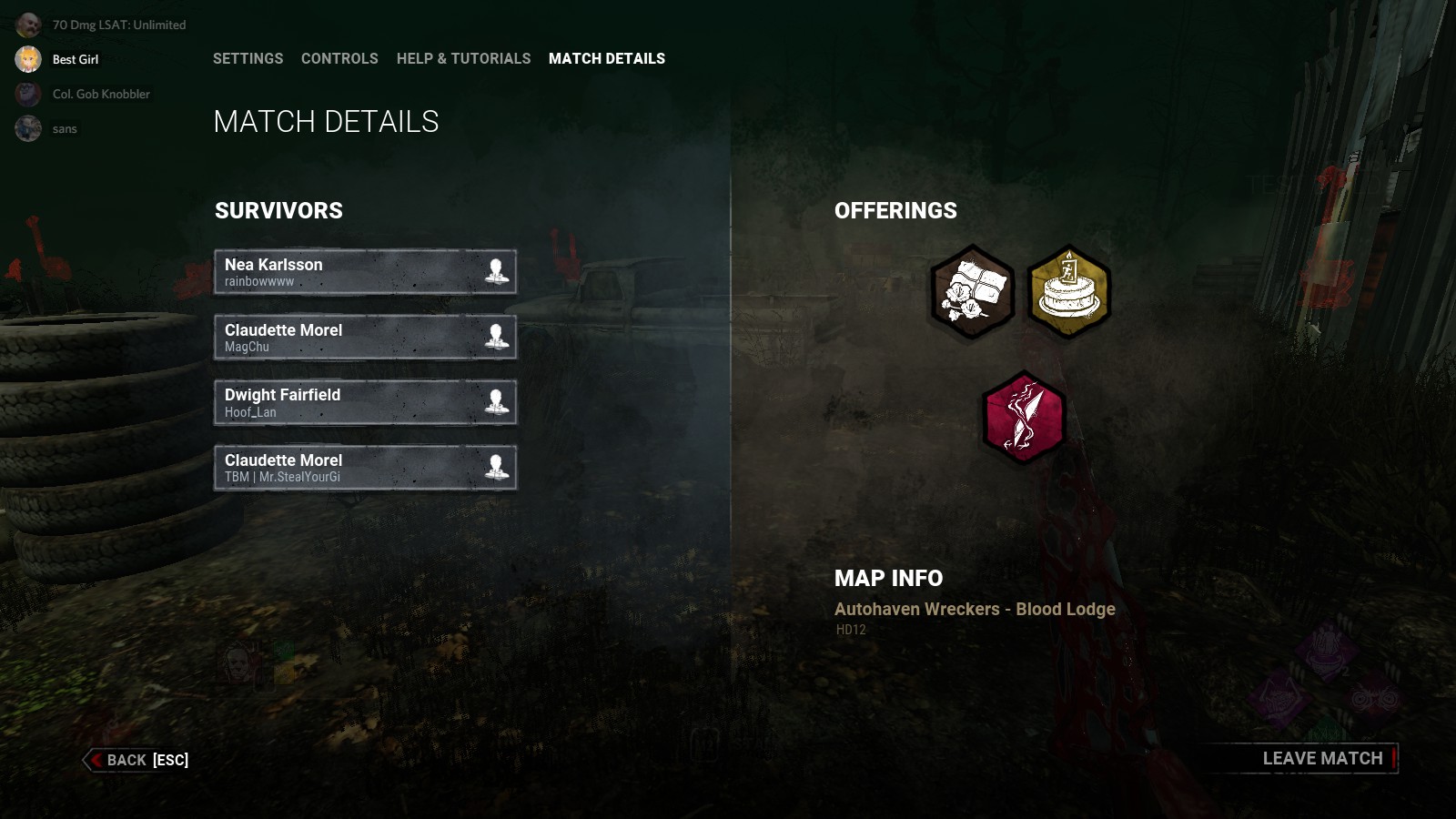 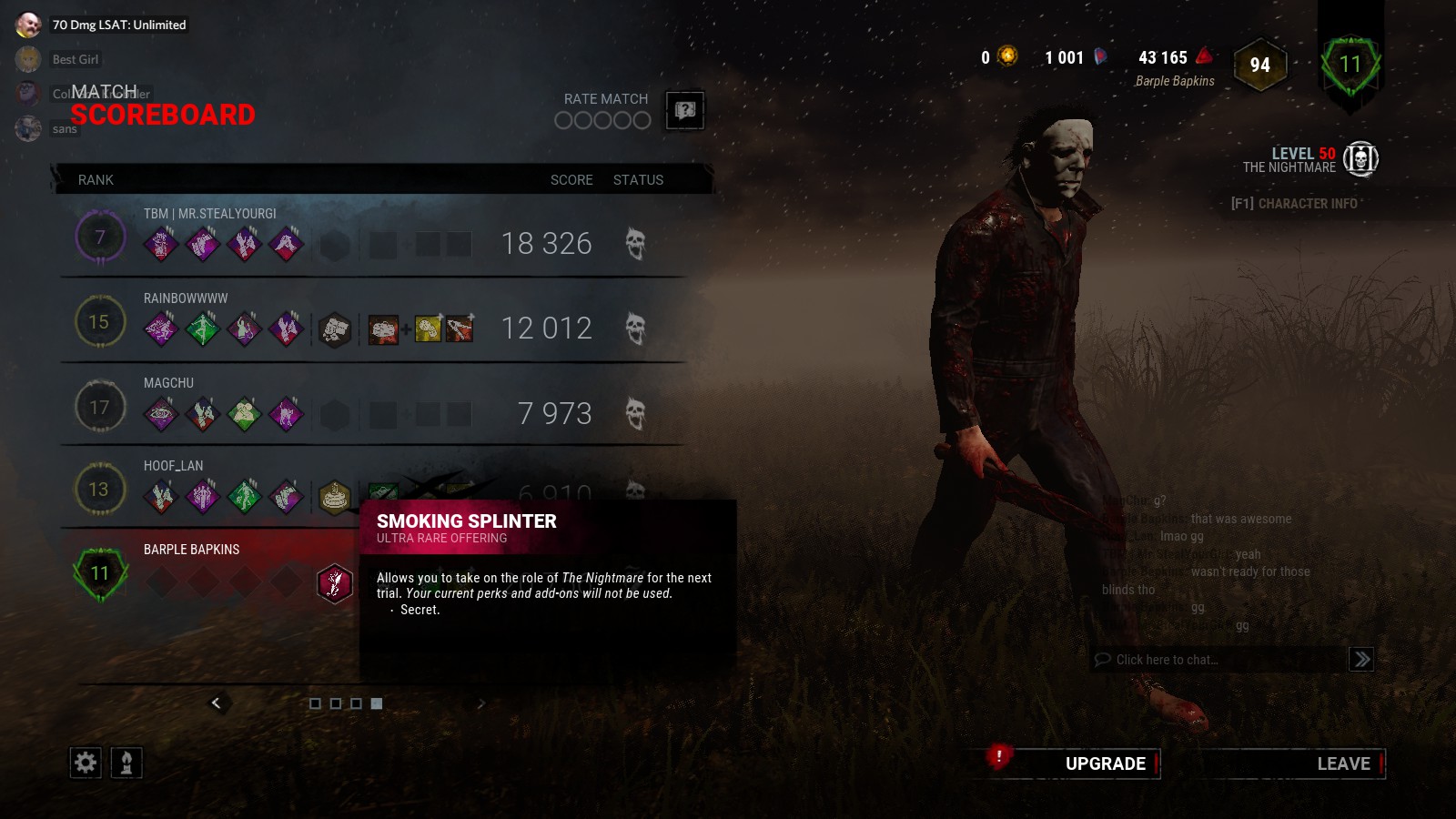 And when I get back to the lobby screen I'm greeted with this: Anybody else getting this bug or just me?

EDIT: This is after Dedicated servers were implemented.

EDIT 2: When playing Freddy without owning him, you get 0 points for devotion, causing me to de-pip every game when getting at least 1-2 kills.