As a console user, should I simply give up on expecting this game to ever run well?

It seems any update that improves the frame rate of this game on console is very short lived, because soon after it, other updates will come out and make the game a slideshow again. I'm wondering do the developers simply not play or test the game on console, or simply don't care?

It's an Unreal 4 game. There are tons and tons of UE4 games out that look spectacular and perform amazing. DbD neither looks spectacular nor does it perform well. This used to be exclusively a killer problem, but it seems to have even seeped its way onto the survivor side as well.

Next month marks two years since the game launched on consoles. Other teams on other games do amazing things with their games in mere weeks or months, let alone a full year. Yet, we seem to be stuck in quicksand, no real progress is getting done on making the game not run like dog **** on console. Can anyone imagine how this is going to run on the Nintendo Switch later this year? Are we talking 18 frames per second docked, 7 not docked? Jeebus.

Many killers are unplayable on corn maps because there are too many frame drops. Swamp maps have gone back to being terrible maps. Haddonfield is still complete trash for killers because of frame drops. And Doctor is once again dog crap on every single map. This morning I mind gamed a survivor at a pallet with Myers and went to swing and the frames dropped to zero. I reappeared and regained control of my character 5 feet to the left, outside of a wall, while the survivor ran to the other side of the junction and hopped through the window. Bloodlust should be something a killer longs for in a chase. I fear it, because I have no idea what the game is going to do to me when it activates.

I know the team is all about that money ever since the big update introduced currency, but how about taking a break from coloring some new shirt to sell for $10 and fix one of the core issues of the game?

Thanks for reading. As a reward, you get a FREE thread bonus, a well placed hex totem! 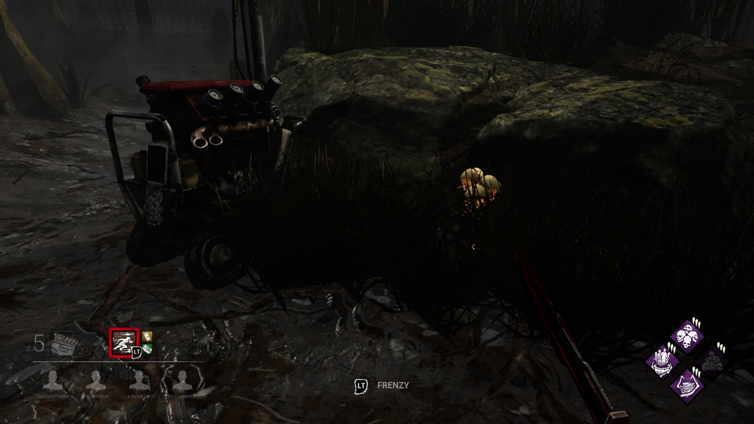 This also happened this morning. LOL. Just boggles the mind.