New Killer (licensed) / Hello Goergie, my name is Pennywise the Dancing Clown! (IT)

Hello Goergie, my name is Pennywise the Dancing Clown!

As you can read above... i would like to have Pennywise (IT) as an Killer for Dead by Daylight.

His Map could be the the sewers in Derry with the mainroom as the circus of pennywise. (with the floating bodys above the circus)

the Survivor could be one of the grown losers club like Baverly or Billy / Richie (beep beep, richie!).

IT's attack would be (normal hit) that his arm transforms into this beast like arm like this:

it starts at 3:04 with the transformation.

his power would be differnt because he can transform himself into a survivor or as his other self like this: 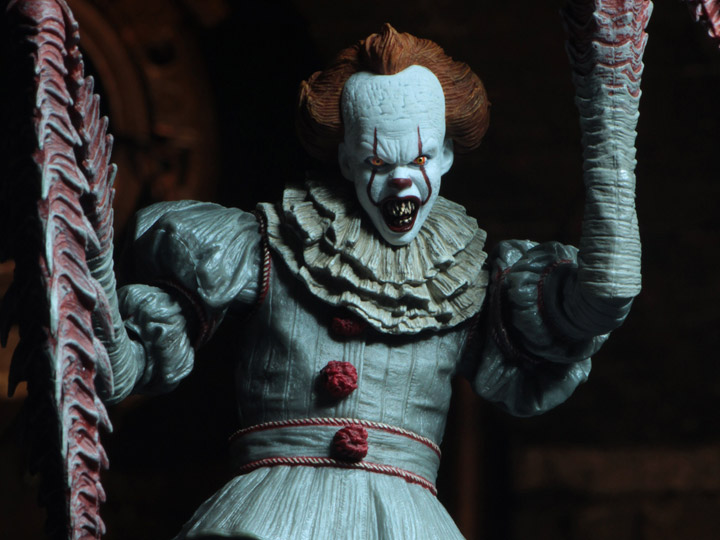 It would be nice to see since IT is a shapeshifter! (that could be his ingame name ^^)

the Mori of Pennywise could be his lights which he sends out of his wide opened mouth to let your body levitate like he does to baverly in the first movie and eats one part of the victim (like the arm or something) ... that would be really nice to see!

here would be the scene:

IT could be from the 2017/19 version but has a skin for the old mini series pennywise. i would really like to see him in the game.