To everyone complaining about the "massive DC epidemic", no, it's not as bad as you think. Well, at least not how you THINK it is happening.

You can tell an involuntary DC because the icon changes and makes no sound mid-game. More times than not, it'll be 2+ people simultaneously. I just played 8 games, and here were the results: 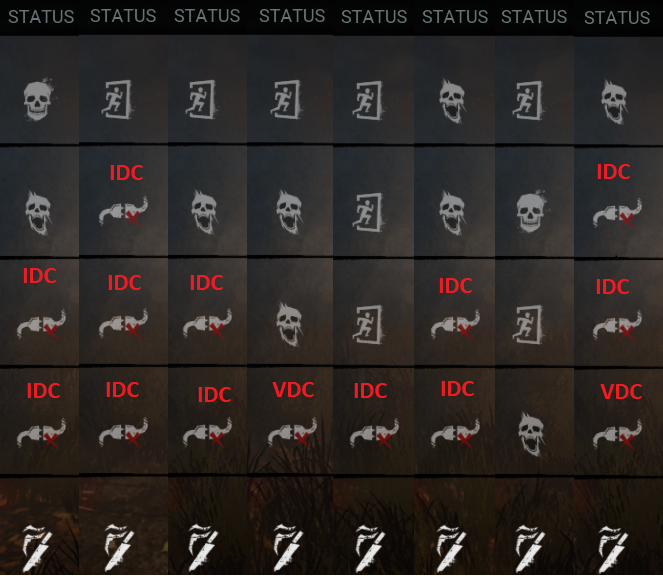 This is ######### crazy, and I know I'm clearly not the only one by the massive amount of posts about this. The fact that nothing has been done to resolve this issue affecting hundreds, if not thousands, of players for MONTHS is ludicrous. For me, it's been since March. M-A-R-C-H.

So in the end, with this small sample it shows that 88% of my games will have a DC in some form, being primarily IDC, which seems pretty accurate to the last couple of months of playing as killer.

And more importantly, another player has just uninstalled the game until something is posted saying this ######### has been resolved.