Wrestler "The King of the Ring" [David King] by Loonatico McDreado 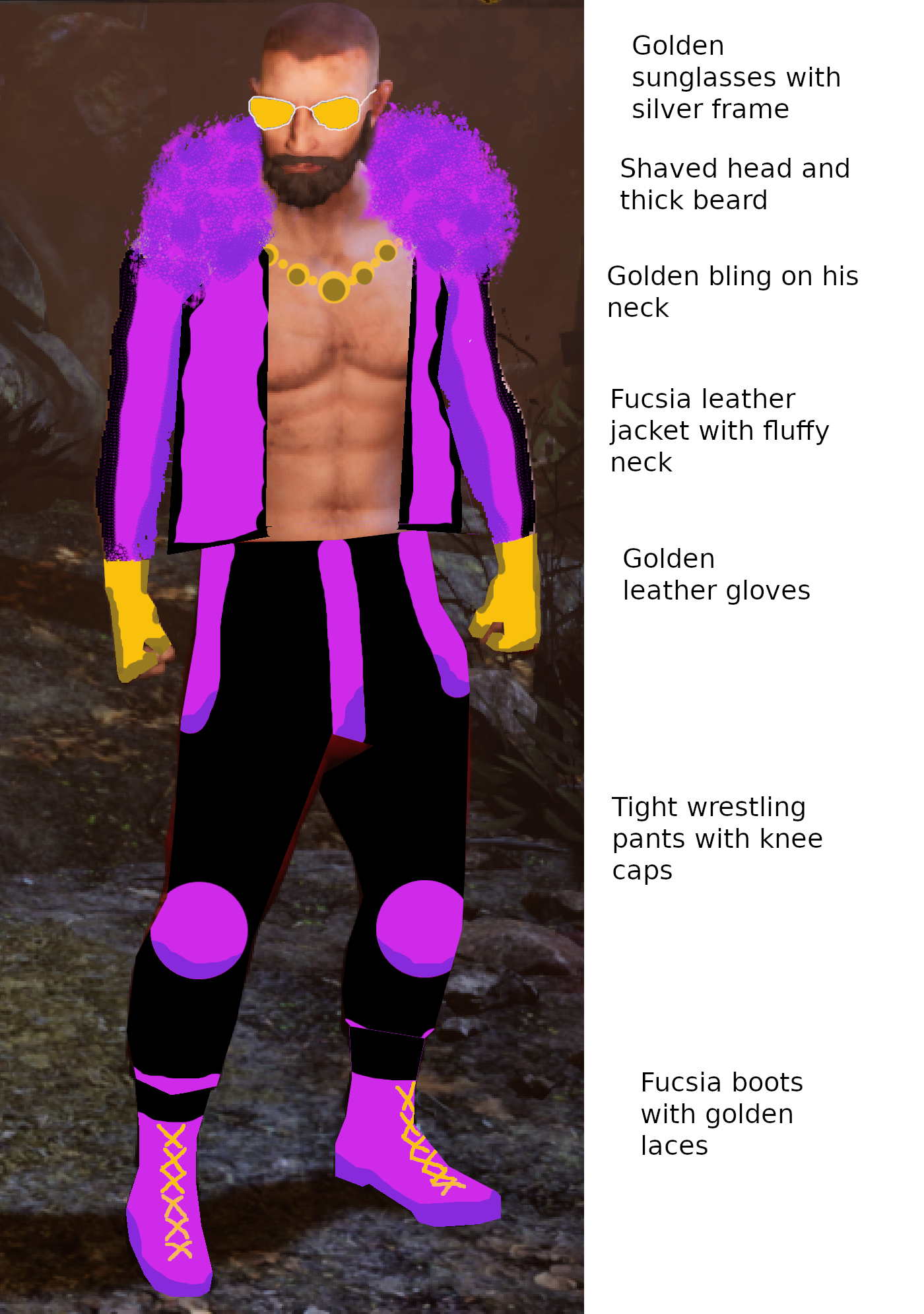 David is my favorite survivor, I just like the attitude he exudes and the tough looks he has.

I like wrestling (or Lucha Libre as we call it in my country), since his lore mentions him being a street fighter, and I like to picture a different story where he got scouted as a wrestler and became famous. I'm sure David isn't a guy who is afraid to show off in bright colors, if given the chance, he is in for the show biz.

His ring name isn't original, but isn't keeping it simple sometimes better? Killers will spot him from afar but David will loop them around the ropes before they realize what hit them (a pallet most likely).