So i finally decided to say something. Ever since the Ghost Face DLC, I've been getting a "Host Unreachable" error 50% of the time as survivor, I NEVER had that problem before that patch. I've tried opening ports but problem still persists. 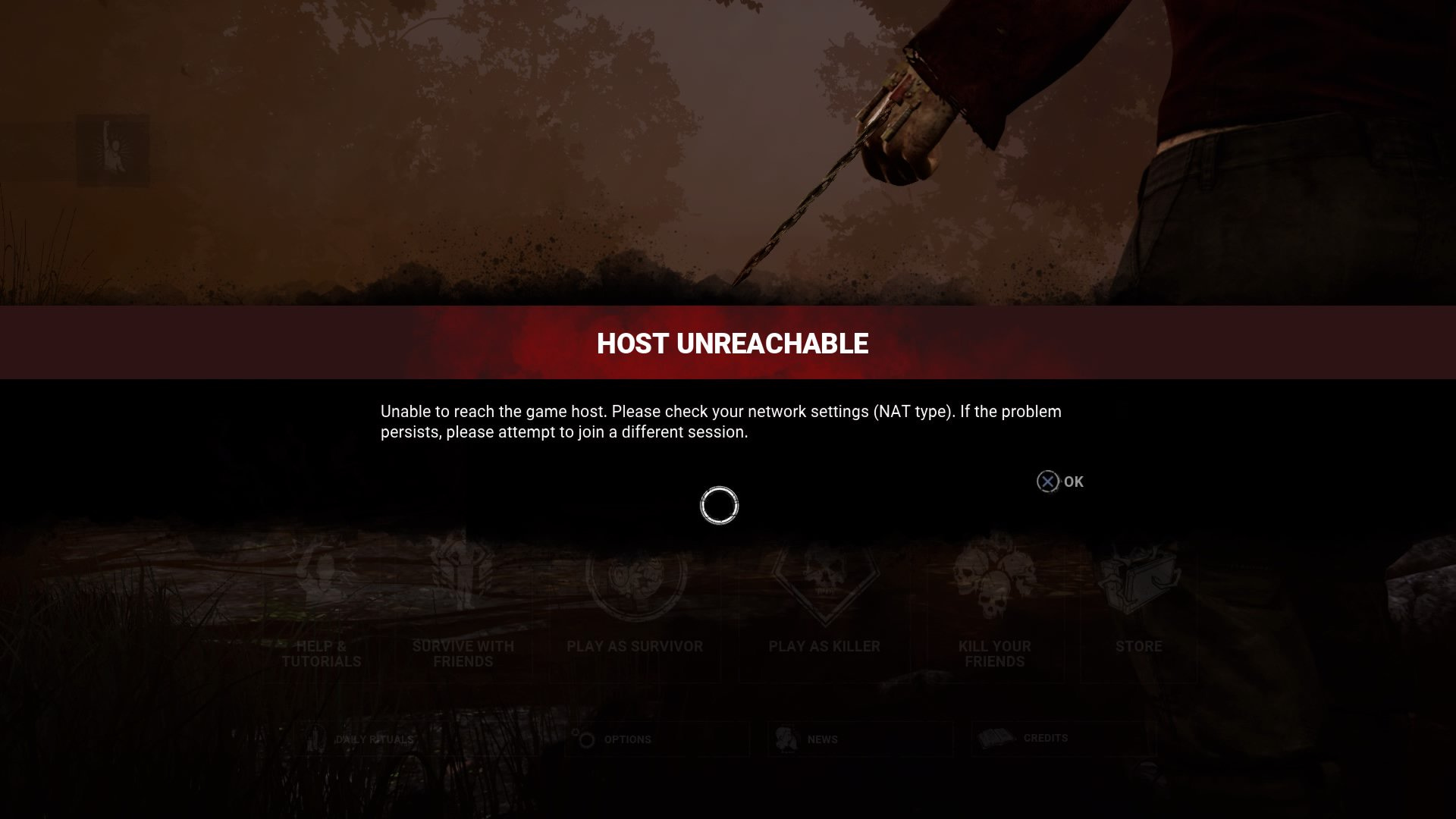