Right now pallets feel incredibly inconsistent. It seems like a gamble whether or not the throw option will even pop up. I get what the developers were trying to do, making the pallet throw happen as you run through it rather than a suction que. The result are pallets that can only be thrown when you have run anywhere from 3/4 of the way through to the very other edge. This creates a lot of issues and scenarios where you think you can throw pallets but can't. A prime example is if you run through a pallet and then decide you need to throw it and take 1 to 2 steps towards it. If you are holding sprint, you can't throw it. Sometimes it will even expect you to run 3/4 back through it again to throw it. Standing still and throwing pallets is incredibly awkward. It feels chunky and laggy and you again have no idea whether you will get the throw or not.

The goal of this change was to remove the vacuum. The vacuum needs to be removed, no argument there. Pallet vacuum was stupid and some of the visuals for it made it look exploity as hell. I am 100% on board with removing this mechanic. I am not on board with this weird inconsistent pallet rework. Here is how I would fix the pallets. Moving the interaction location wasn't a terrible idea on the devs part. I think it was just poorly executed on the PTB. This is what PTBs are for so I am in no way trying to [BAD WORD] on the devs hard work. Everything else on the PTB (besides the bugs) is amazing. I think the interaction for throwing through pallets and ending up on the other side should be a generous zone around the center of the pallet. I think there should also be separate zones slightly ahead of the pallet leading up to the center zone. Pressing the interaction in these zones will throw the pallet leaving you on the same side. Survivors will still have to be inside the pallet to throw it and make it to the other side but it wouldn't be so awkward and inconsistent. I have attached a diagram on how I would space out the zones. If a survivor tries to vacuum to the pallet they would end up throwing it in their face XD. 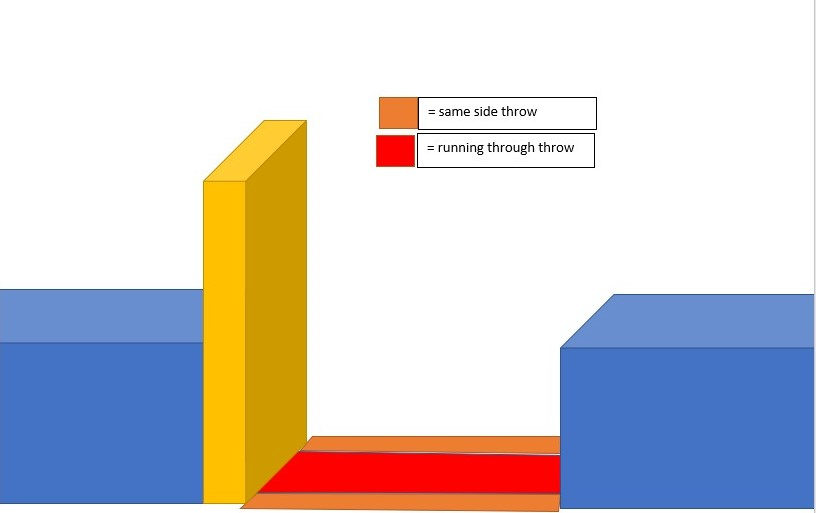 I'm curious what people think about this. I'm also curious is other survivors are noticing the same inconsistencies I am with the current PTB pallets. I'm sure the devs will iron out a good solution before releasing the patch.