Home› Bug Reports› Other
We have deployed a fix for an issue that was causing players to lose pips when a match was cancelled.
No update is required, but this may take a few hours to be applied across our servers to all players. Thank you for your patience!
You are currently reviewing the archived bug reports section. To report a new issue, please use the new bug reports section found here: https://forum.deadbydaylight.com/en/categories/bugs
If you are experiencing the Rank Update Error, please click here: https://forum.deadbydaylight.com/en/discussion/125133/ 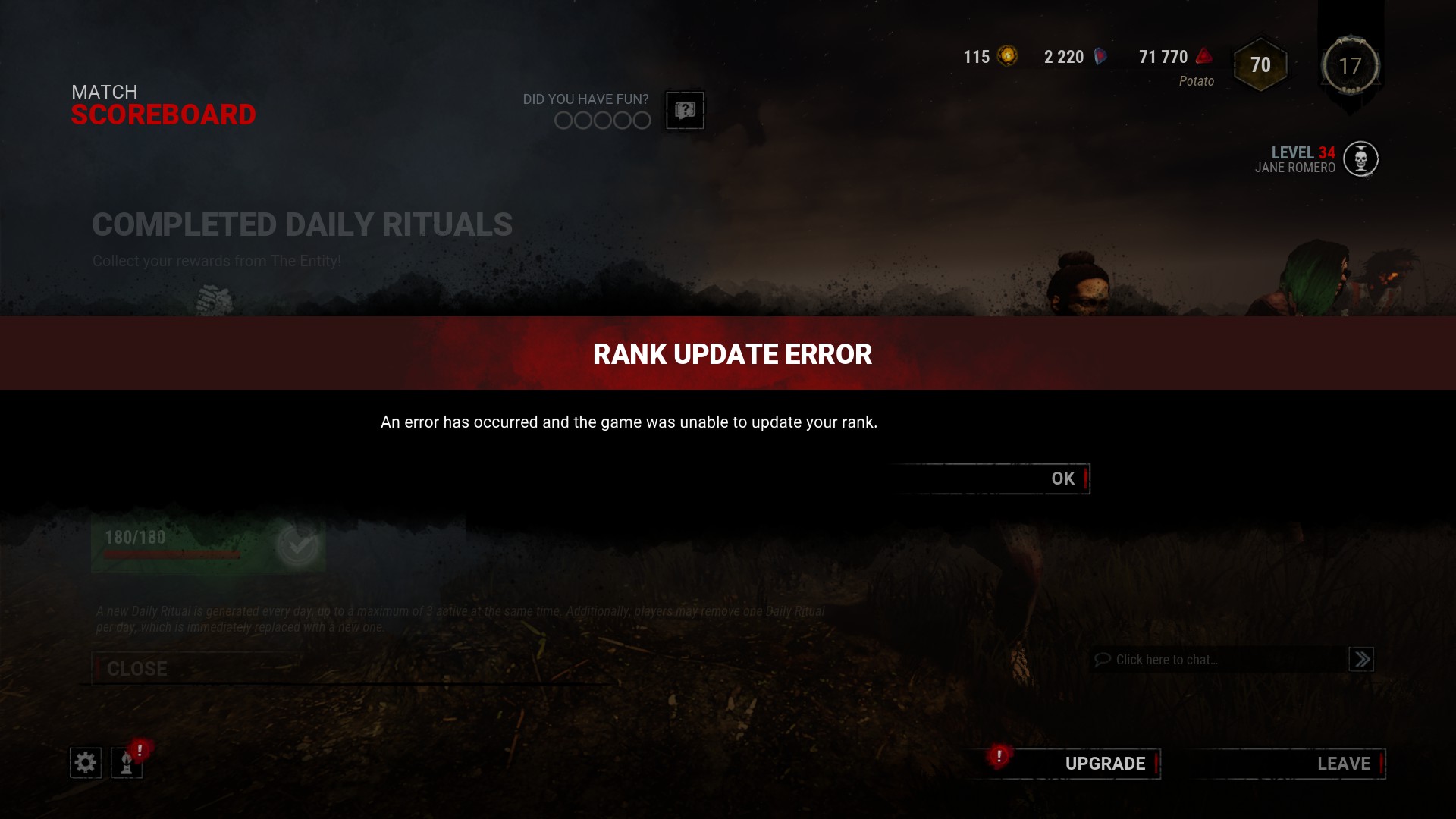