NMCKE Member Posts: 8,243
August 2018 edited August 2018 in General Discussions
INTRODUCTION:
If you haven't already watched his farewell message then you should watch it before you see the rest of my post. 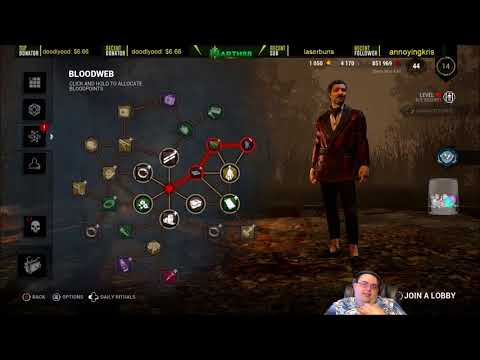 CURRENT STATE OF DBD: TL;DR
Okay, I'm just gonna be honest that the game is so unbalanced that if you put best survivors against the best killers... The survivors control the match. Literally Marth88 stated that the moment a game starts, the killer is on a timer that's length is decided by the survivors doing generators or not. Marth88 also mentioned the "power role" and how survivors have the power role at the moment, so far that a survivor can 1v1 a killer in a 1v4 asymmetrical horror game.

For the DbD players that don't know what asymmetrical means... Basically if the survivors work together as a TEAM, they can overwhelm the POWER ROLE but that's not the case currently! 1 survivor can destroy a killer if the survivor is even half decent, I done it countless amount of times with No Mither which makes me wanna give the developers the devil's eye!

MESSAGE TO DEVS:
Listen, I know your doing everything in your power to help balance the game and yes, I'm really REALLY thankful that we have great developers that care so much about their game! However you need to wake up and smell the coffee because people like Marth88 tried to tell you that your doing it wrong and I QUOTE from Marth88, "I tried talking to them ever since day 1". I and many others want this game to be something, we really do! I'm taking computer classes right now so I can hopefully some day join BVHR and help this game become so much more than what it can be now because I REFUSE to see this game fall, as well as the entire community.

Don't let us down, we all live for this game!

^People don't understand what I mean by "We all live for this game", basically I'm stressing the point about how much we love this game and would hate to see it die out basically. Don't over complicate things, thank you!^

Edit: I didn't post this because Marth88 is leaving, I posted this because BVHR needs to step it up because I and the entire community doesn't want this game to die out. We really love this game and hopefully my post will get their attention because again, we won't let this game die! We are all a team, whether your a survivor or killer main... we are in this together!

PSA:
FOR THE FINAL TIME, FOCUS AT THE REAL SITUATION AT HAND HERE! I RESPECT THE FACT THAT YOU DON'T CARE ABOUT MARTH88 BUT YOU CAN'T IGNORE THE SOLID FACTS THAT HE MADE IN HIS VIDEO! SO, STOP ASSUMING WHAT MARTH88 SAID AND STOP REEE'ING... LOOK AT WHY KILLERS ARE LEAVING, GOD BLESS!
Post edited by NMCKE on August 2018
36
«1234567»