This is my *updated* Tier List of Survivor Perks right now. Please feel free to discuss. 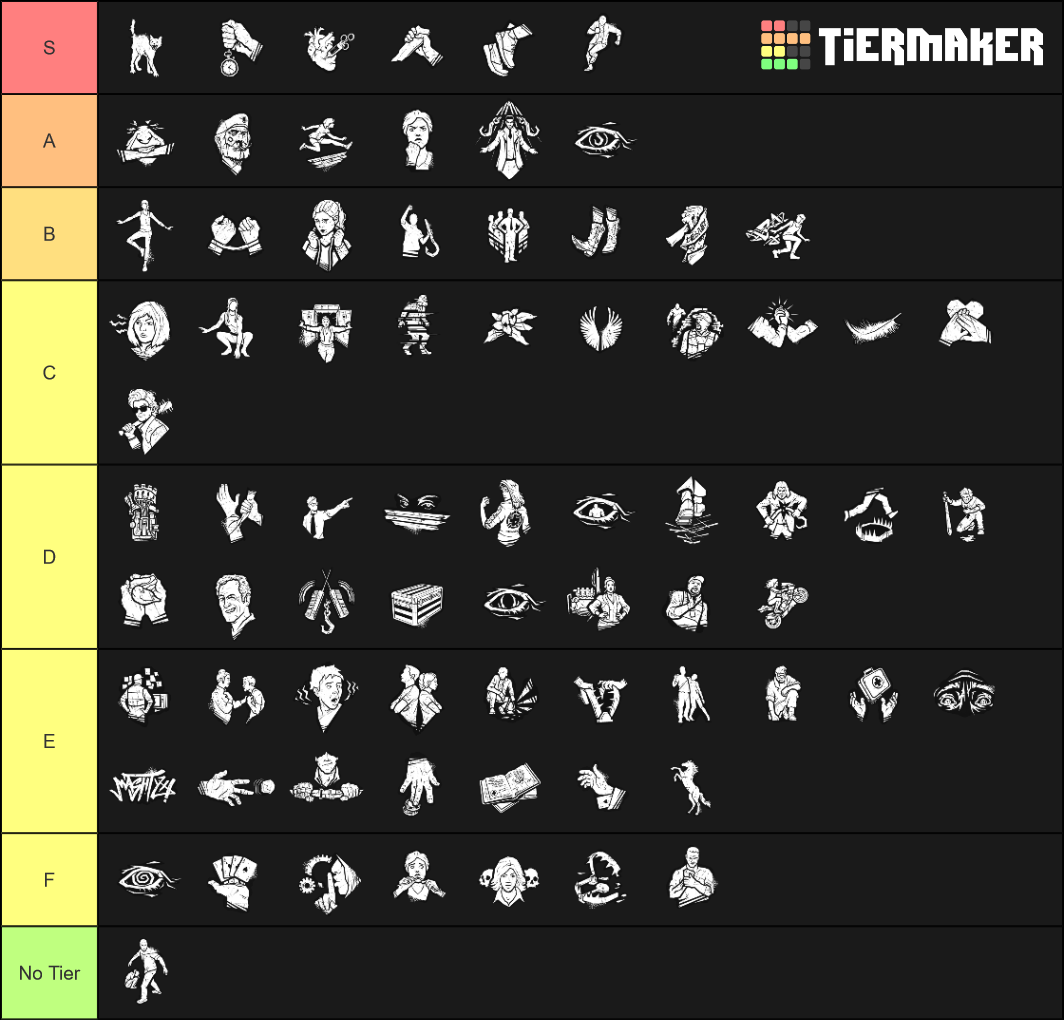 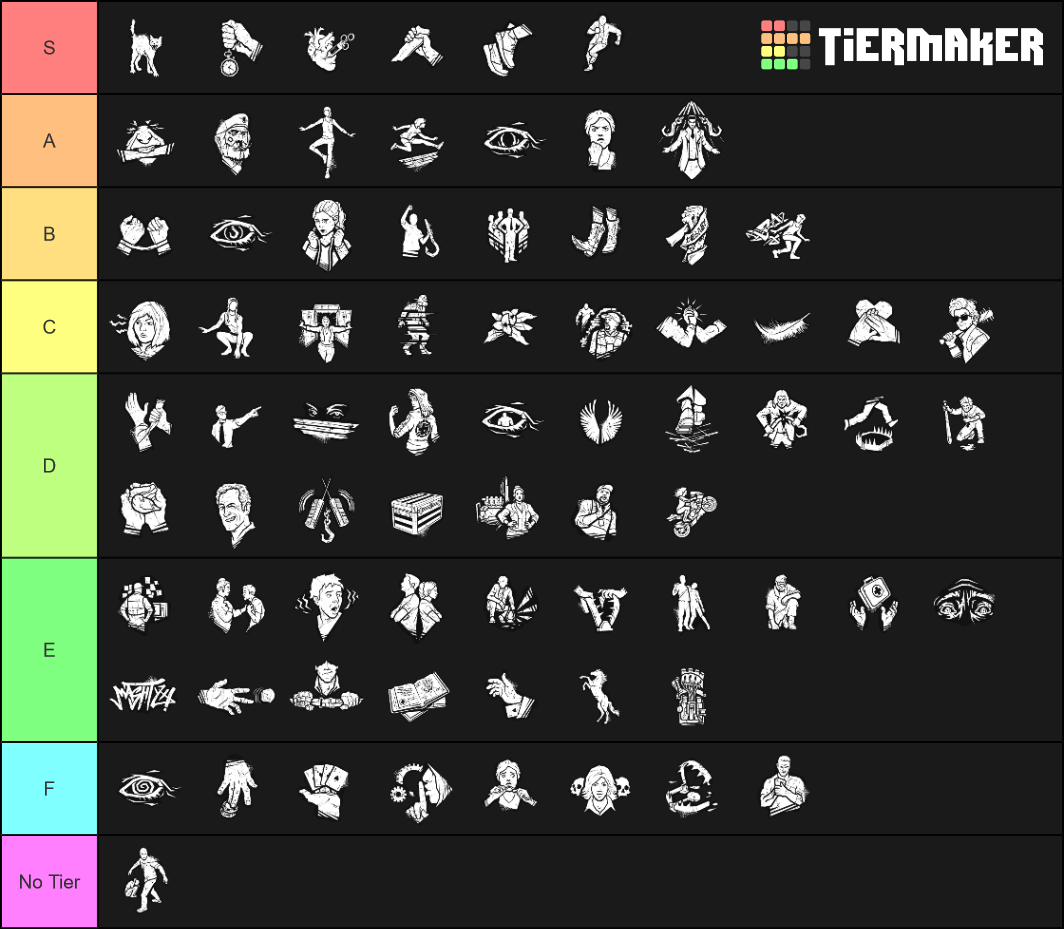 *I have not used the perks that got changed or added recently very often. I might be off on one or another, let me know what your thoughts are. For example MoM Left Behind or the new Perks Lucky Break, Any means neccessary and Breakout.