So as we know the devs have stated they want this game to be a case of 2 Escapes, 2 Kills on average. This works in low ranks where both sides can rank up no worries but unfortunately it means in the higher ranks Killers pretty much need to 4 man to even get a Pip (Rank Up). If one escapes through end game hatch that decides between a De-Pip, Black Pip, Pip or 2 Pip, for the most part it is either a Black or barely just a Pip.

Had a game on Blood Lodge as Trapper, did as much as could on the Pallet Haven to the point of even when the game was over the other side of the map still had full pallet capacity as the other side was never used. I end up sacrificing 2 (as the game wants) and it causes me to barely just Black Pip. Although i can guarantee the top 3 players in the game Pipped.

Devs if you want a 2 escape, 2 sacrifice average you really need to consider changing up the ranking system as it is clearly busted. You punish Killers for accomplishing what you expect of them. 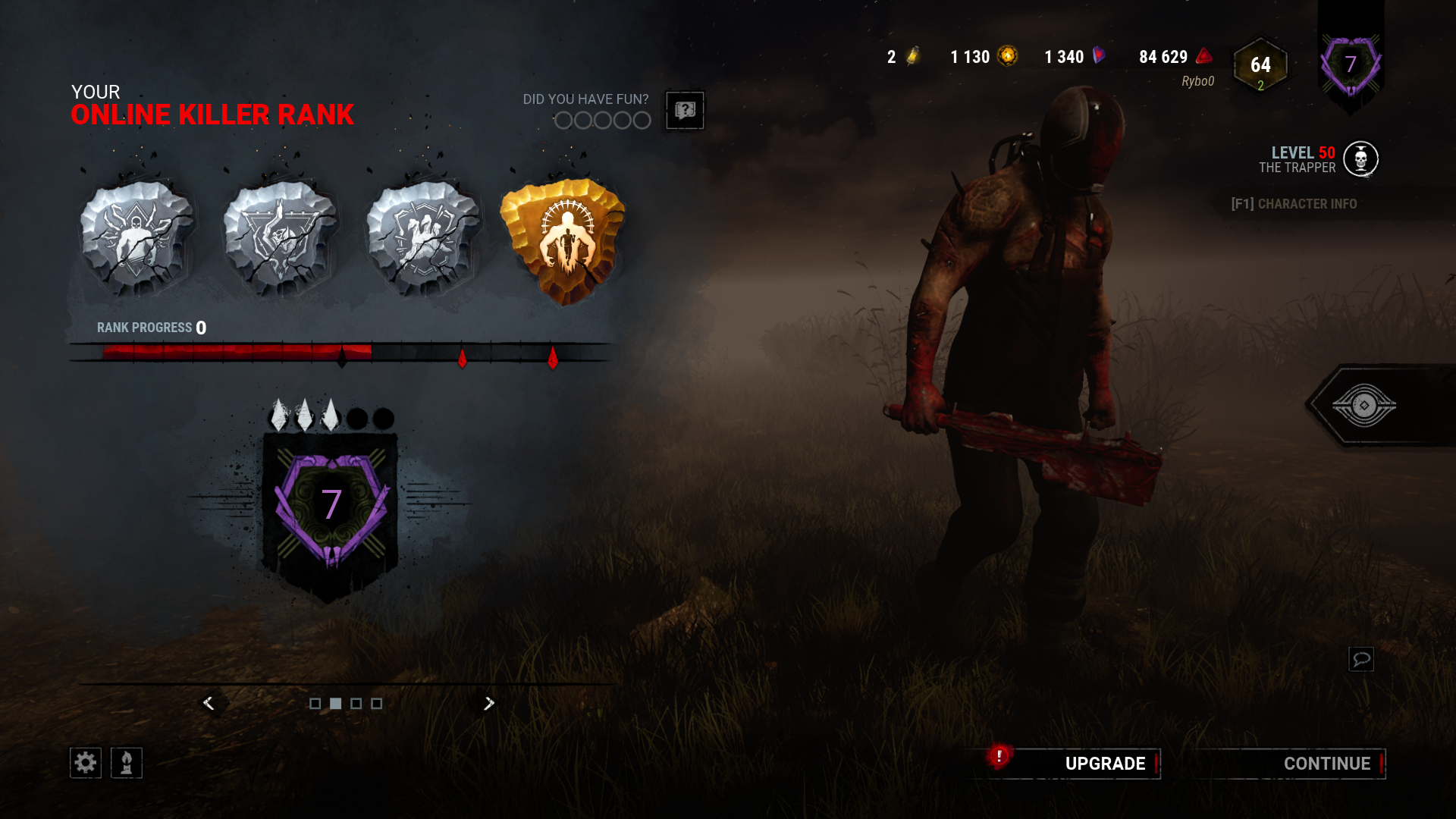 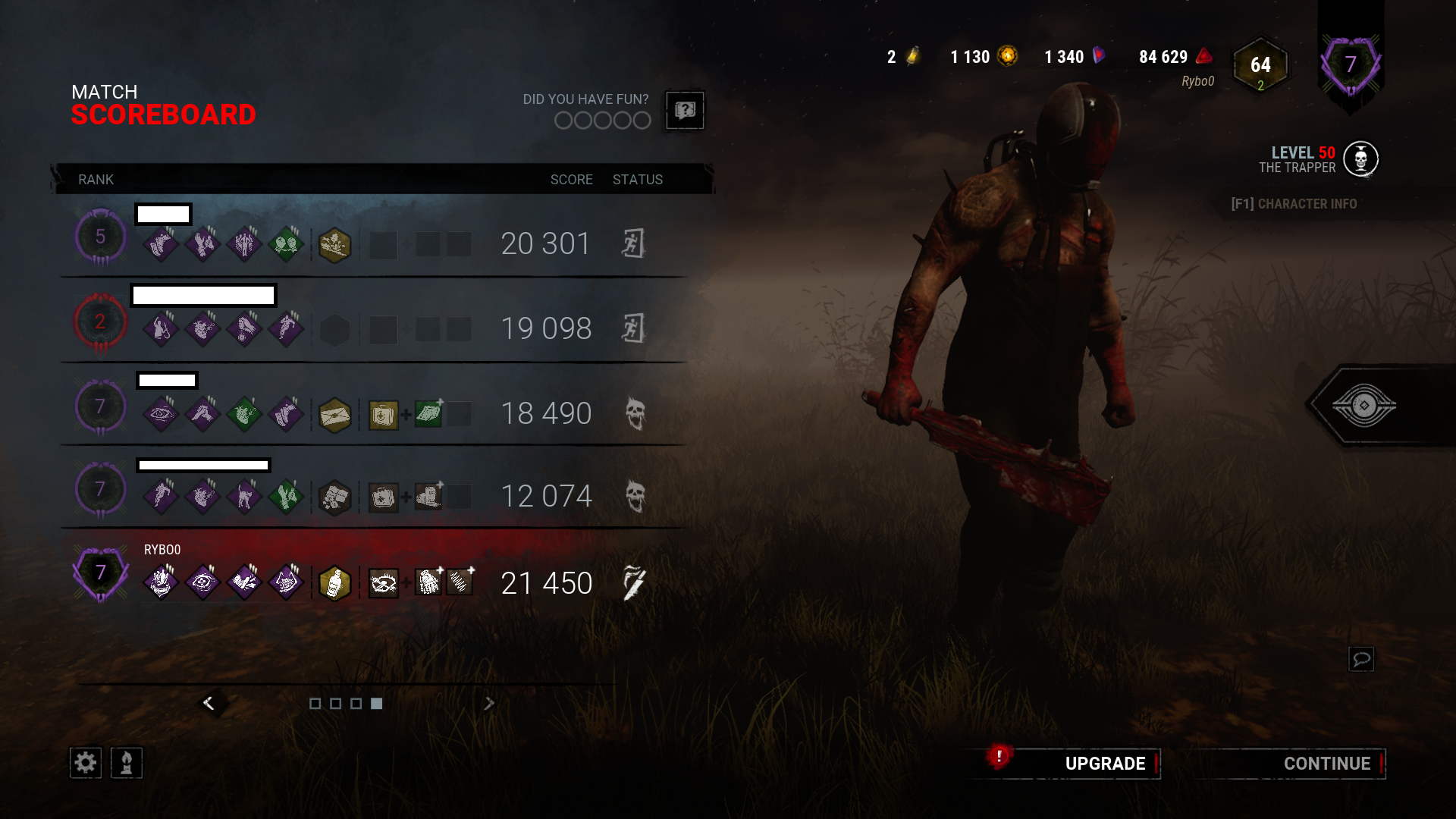