Inicio › Mejor De
The February Developer Update is out now! Read up on all the changes coming to Dead by Daylight here: https://forum.deadbydaylight.com/en/discussion/130537/
We are aware and looking into the issue which caused players to have their rank reset further than intended. If your rank was not reset at all this month, this is a visual bug and closing and re-opening the game should fix it.
We have updated our Forum Rules. Please take a moment to read through them: https://forum.deadbydaylight.com/en/discussion/87004/

If anybody things killer will finally be stronger than survivors then they play a different game tbh.

We need to see how the changes play out first.

I think these sabo changes are healthy for both Killer and survivor.

It was SUPER tedious going round to as many hooks as possible to 99% them, only to find the killer travels to a hook that hadn’t been 99% yet.

And as killer it’s great that hooks will respawn quicker.

No matter how you play, you'll always get a complaint lol. Random match. (NOT A KILLER HATE POST) 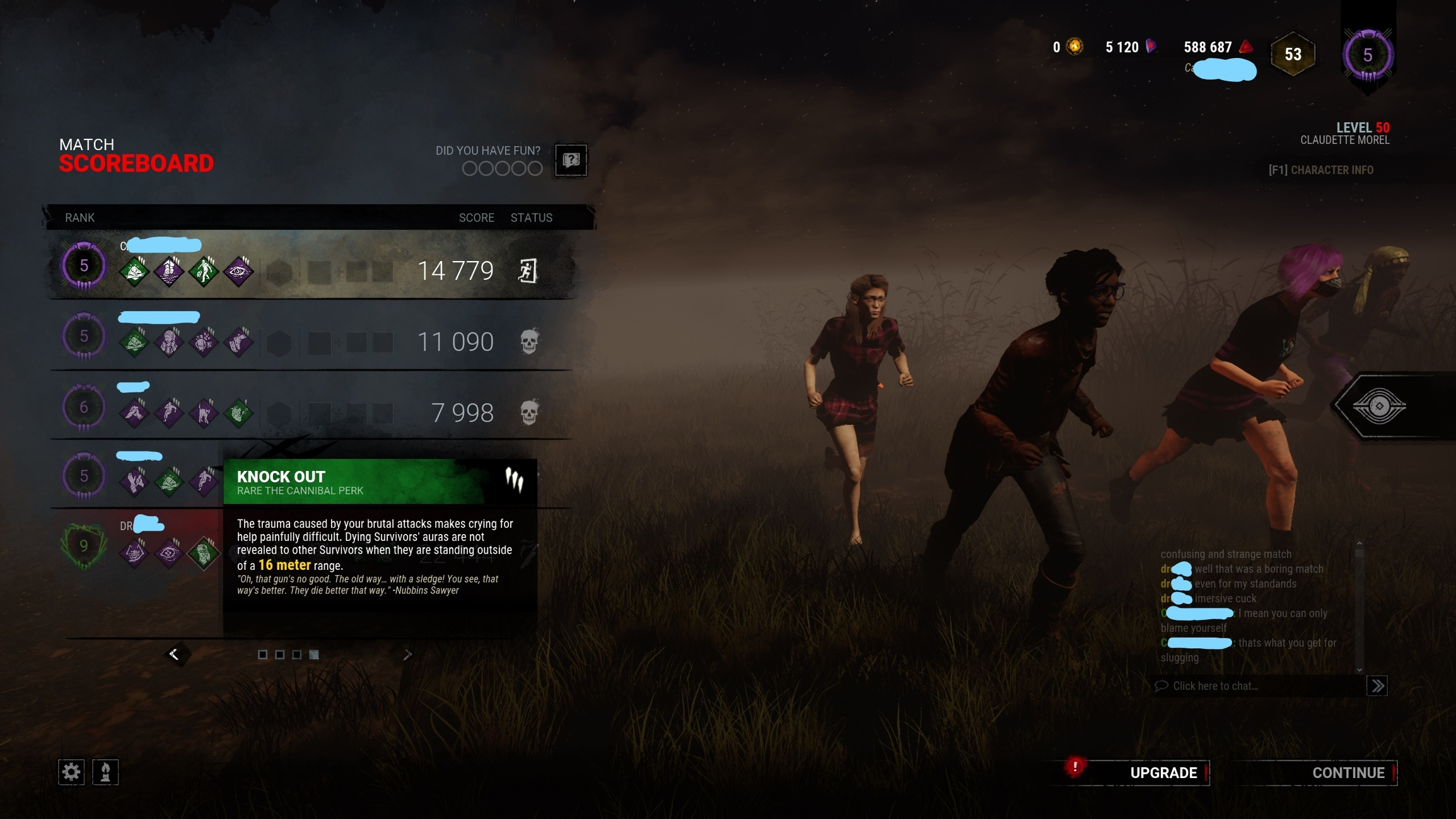 Match starts against an Oni killer. Oni starts slugging everyone, uses nurses calling to find anyone that gets healed and he also uses the knock out perk so it's harder to see each other easily. It's Oni's map, so it's even harder to spot where your teammates are dying without their dying auras. One gen is complete at this point.

I get picked up and work on a gen until I realise he's slugging my whole team. I'm a Claudette main but I don't play immersive, crouching and locker hiding etc. I save my teammates, I do gens and I try to avoid killer contact but I'm not afraid to do so since I get boldness points to help me pip. As you can see I don't run 'meta' perks.

So my whole team dying, I have no choice but to be immersive and pick up my team by trying my best to find them. Why would I (like an idiot) run around looking for them and leaving scratch marks so that the killer finds me before I can find my team? So clearly, I stayed hidden and picked up my team, he continued downing and slugging. I got rid of the ruin. I completed another gen with my teammate and another after that by myself. Everyone eventually died on the ground. I was the last one with 2 gens left. I managed to fool the Oni and got a gate open (I was lucky that they didn't spawn next to each other). I didn't teabag, I just opened the gate and left.

I message in chat that I was confused and how strange the match was (no insults). The killer complains it was a boring match and calls me an immersive f***. I make it clear to him that it was his fault, I mean I wouldn't have had to be immersive if he didn't slug my whole team, that's what made the match boring lol. After this he continues how I'm trash, lack skill and hide in lockers all game.

I finished with only 14K points since well, I couldn't unhook anyone and be in a chase with him since I was the only survivor that was injured and the rest were on the ground. Somehow I still got 4 gold emblems, no idea how. Either way, just a story I thought I'd share. Entitlement is strong within this one.

TL;DR - Killer forces me to play in a style I don't like and he doesn't like. He then proceeds to complain about how I played despite him slugging whole team forced me to do so. Entitlement is strong within this one.

(Nothing against killers, just only this one and even then, kept my decency while he went on a mad one lol).

Good observation. I don't Feng is famous per se (or at least not more than obscenely-rich-former Rugby-star-surrounded-by-controversy David King), but there is a clear trend with the latest survivors.

One update with minor killer buffs doesn't magically wash away the past 6 months of heavy killer nerfs. So far their survivor pampering far out weights killer pampering, so until we start seeing some more quality of life updates for killers they're still survivor sided. 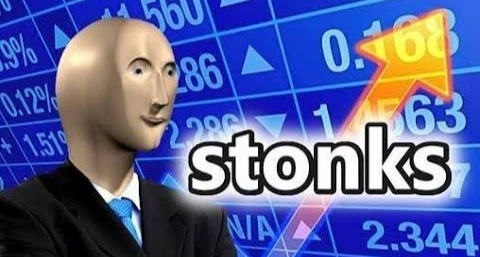 You haven't even seen the mechanic... Why are you already criticizing it??

ref.: Plague is a problem, and it's only going to get worse.

So basically, they added a unique killer to the game. And you can't just brain dead rinse and repeat actions to beat her. Her power and vomit is actually a deterrent to you working together, as intended. And you have a problem with that.

also nice to see that trappers traps can’t be sabo anymore bc that completely robs him of is power and is extremely unfair.

and breakable walls, I really hope this will cut most of the op loops like the stupid god window on wretched shop and the dreaded main building in Crotus penn asylum with like 5 pallets inside, it would be nice to see an end game where there’s holes in everything because the killer has been on a rampage lmao.